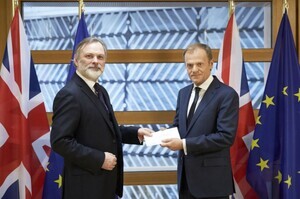 Sir Tim Barrow, British ambassador to the EU, handed the written letter to European Council president Donald Tusk…The minute the letter was accepted, the notification to leave was triggered.

Britain now has two years to negotiate an agreement with the 27 remaining EU countries over its future relationship with the bloc. 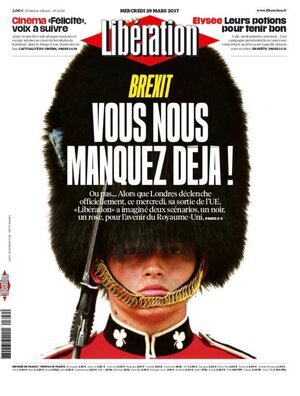 Thought you and your readers might like today’s Liberation front page. Headline is ‘We Already Miss You’ (or Missing You Already)…and the soldier is an Irish Guard (shamrocks on the collar).