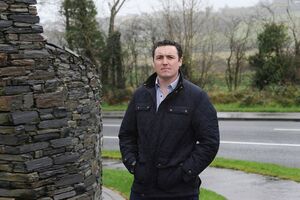 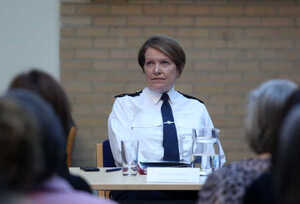 You may recall Garda whistleblower Keith Harrison whose allegations will be looked at as part of the Charleton Inquiry.

He’s been on sick leave from Donegal Town Garda Station since May 2014.

Garda Harrison is going back to work on Monday, following mediation talks this week which were chaired by the former head of the Workplace Relations Commission Kieran Mulvey.

The mediation talks, which focussed on returning to work and the payment of arrears, followed a report on RTÉ’s This Week last weekend concerning Garda Harrison.

The report effectively explained how, in late January of this year, Garda Harrison was ordered to return to work in Donegal Town Garda Station – despite a series of Garda-commissioned medical assessments recommending that Garda Harrison not be returned to the station where he had previously worked.

Some more details about these reports:

In September 2014, Garda Keith Harrison met Dr Oghenovo Oghuvbu, who was a specialist occupational physician with the Garda Occupational Health Department at the time.

On October 6, 2014, Dr Oghuvbu wrote a report to the Executive Director Human Resources and People Development at An Garda Síochána John Barrett, about Garda’s Harrison.

In his report, Dr Oghuvby stated that he believed Garda Harrison’s illness could have been born out of a work-related environment and that he would be fit to return to work, on the basis that a safe work environment would be provided for him.

“[Garda Harrison] continues to experience some impairment in his sense of well-being. This is particularly in respect of his returning to his current workplace (Donegal division) while the investigation is ongoing. This is also of concern to his treating clinical physicians.”

It’s understood this case conference did not take place and it’s unclear how Garda management actually responded to Dr Oghuvbu’s call for an “urgent case conference”.

Dr Quigley carried out a more in-depth assessment of Garda Harrison and determined that Garda Harrison should return to work and that his issues or illnesses were related to the work environment.

“Given work circumstances, which are well known to management, I consider it prudent if consideration is given to Garda Harrison being assigned to duties in a station other than his previous location.“

In addition, Dr Quigley recommended that Garda Harrison be seen by an independent specialist.

In January, 2017, as the commissioned independent specialist, Dr Devitt stated that Garda Harrison’s injuries were born out of his workplace environment and that he firmly agreed with Dr Quigley’s recommendation for Garda Harrison to return to work.

But it was also stipulated that Garda Harrison should not be returned to the station he previously worked in.

Garda Harrison only obtained details of these three reports, and their findings, last Friday – days before the This Week report and the mediation talks earlier this week.

If An Garda Siochana insisted that he still had to go to Donegal Town station, this would have contradicted the advice given to them by their own medical assessments.

It should also be noted that Garda Harrison and his team continuously looked for these reports since 2014 but didn’t get anywhere with their requests.

At the mediation talks, during which the chief superintendent involved sat in another room, Garda Harrison did eventually get permission to go to a station other than Donegal Town station.

However, on the matter of pay, and getting paid in arrears for the time he’s been on sick leave, An Garda Siochana did not budge – despite their own reports stating he was out because of work-related issues.

Garda Harrison’s legal team was told by mediator Kieran Mulvey that Garda Commissioner Noirin O’Sullivan will “face down” any complaints and had the support of every garda in the Donegal division.

A Garda press officer said the force does not comment on “remarks by other parties” but denied the Commissioner had ever made such a statement.

Listen to the This Week report in full here

About That GSOC Referral…

18 thoughts on “Facing Down”