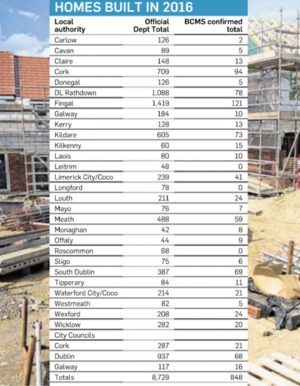 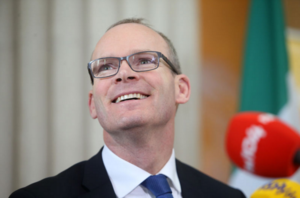 You may recall how, last Sunday morning, Dublin Institute of Technology lecturer Lorcan Sirr tweeted that only 2,076 new houses were built in 2016 compared to the official figure of 14,932.

He also tweeted a table detailing the number of new house completions, excluding one-off houses, built in each county last year based on figures confirmed by the Building Control Management System. These state just 848 such properties were built as opposed to the Department of Housing’s figure of 8,729.

An article with the same figure, and more, obtained under Freedom of Information, appeared in The Irish Times on Monday. This article also had a table with the same information as Mr Sirr’s table.

The claims followed similar concerns about the department’s housing figures previously raised by architect Maoilíosa Reynolds in an article in The Sunday Business Post two Sundays ago.

The article on homes built in 2016 demonstrates the dangers of obtaining and interpreting data without proper context or testing its validity.

The table accompanying the article is inaccurate; the published figure of 848 units presented as the total output of estate houses and apartments built in 2016 is in fact the number of Certificates of Compliance on Completion submitted to the Building Control Management System (BCMS) for all works, not just residential construction, in the first quarter of 2017.

I have said repeatedly that the Building Control Management System was designed for compliance for building control purposes. It was not designed for gathering statistics and the published article is a perfect example of how statistics can be misrepresented and inaccurately presented.

There are several reasons why the BCMS data does not currently record and reflect housing completions, although the Department Housing, Planning, Community & Local Government is actively exploring its potential in this regard. Some of these reasons include the fact that Certificates of Compliance on Completion are required for certain works that submitted a commencement notice on or after March 1st, 2014. Developments commenced before that date, including many developments started but not finished during the downturn may still be under construction.

Certificates of Compliance on Completion are not required for one-off houses that have chosen to opt out of the statutory certification process since September 1st, 2015.

A single Certificates of Compliance on Completion may cover multiple buildings or works, this is in order to reduce the administrative burden and cost for industry, so simply counting certificates can underestimate total units constructed.

The recording and reporting of statistics on housing completions is a complex area. We have several different statistics from various reputable sources that measures different issues as well as many different views in relation to which statistics we should use.

We have, however, used ESB connections as an overall proxy for housing completions and have done so since the 1970s, so it is, and will continue to be, an important long-term comparator, and an important indicator of trends in the number of new homes being made available. It is important to note that the ESB figures are by no means the only dataset we use.

…Suggestions that I am trying to mask the completion figures are nonsense. Everything my department does is open and transparent and the one thing that is apparent from all key statistical sources (eg planning permissions, commencements, completions) is that housing supply activity is increasing, underpinning that Rebuilding Ireland, and its core objective of increasing housing supply, is beginning to have a positive impact.

It has been a slow and complex process to realise the upswing in housing supply and the Government will continue to focus on actions and initiatives to increase supply across all tenures during 2017 and beyond.

Previously: ‘When Gardaí manipulate figures, there are inquiries’

13 thoughts on “‘Everything My Department Does Is Open And Transparent’”