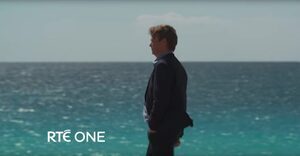 In Brexit, Trump and Us economist David McWilliams visits France where Marine Le Pen’s 34% showing in their recent presidential election marks the level of anti-establishment and anti-European sentiment…

…and England where the upcoming general election is regarded as yet another measure of the depth of nationalist feeling.

Meanwhile, a poll conducted as part of the documentary found 71% agreeing that Ireland should stay in the EU, even if the outcome of the Brexit negotiations are bad for the country.

A Budget To Fool The People

5 thoughts on “Staying In Tonight?”