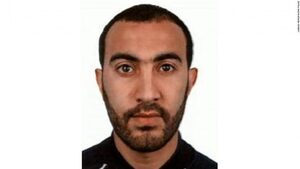 A Limerick resident is being questioned by gardai after the discovery of identification documents at his home which were in the name of one of the London terror attackers [Rachid Redouane].

The Limerick Leader has learned the Moroccan national was arrested at a property in the city on Monday night on foot of information received from UK Police.

It is understood the documents were located during searches of the man’s apartment following his arrest.

He is being questioned at a garda station in the city by detectives attached to the Garda National Immigration Bureau (GNIB) on suspicion of using forged documents.

EXCLUSIVE: Man in custody after ID in name of London attacker seized in Limerick (Limerick Leader)

Meanwhile, In The Square Mile

23 thoughts on “Meanwhile, In Limerick”