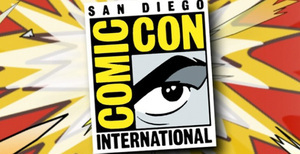 As you may have heard, the original and biggest ‘Con took place in San Diego over the weekend, as illustrated by the steady flow of tentpole trailers rumbling onto the net Saturday night.

Some went down better than others, and some sank without trace.

Here goes with the highlights…

1. Between Stranger Things, Star Wars, Trainspotting 2 and any one of a number of properties that have been dusted off over the past number of years, we are truly living in the age of hardcore nostalgia.

2. Here comes “cinematic game changer” Spielberg to hitch his wagon to that post with Ready Player One, an adaptation of Ernest Cline’s “holy grail of pop culture”.

3. Steady on lads. If Ready Player One was set in the run-down Ohio of the future glimpsed in the beginning, I’d be interested, but this hyperactive CG bonanza, complete with 80s references left, right and centre, makes this look like Attention Deficit Disorder: The Movie.

4. That said, it will be great to see Spielberg back in sci-fi territory for the first time in more than a decade. Let’s hope this is more Minority Report than War of the Worlds.

2. As we’ve noted before, Chris Hemsworth has showed himself to be a talented comic actor through the Marvel film series, so it’s good that New Zealand revelation Taika Waititi is behind the camera for his third standalone outing.

3. Much is made of the interplay between him and Mark Ruffalo (who may never star in his own Hulk movie due to rights issues between Marvel and Universal), while Cate Blanchett is having a ball as the villain, north of England accent and all. Sounds like she went from Coronation Street straight to Asgard.

2. Rising tension, tease out the plot and promise to escalate the supernatural action to beyond expectations.

1. Disappointed by this trailer, both as a piece of work and in terms of the direction Star Trek seems to be taking. It’s quite unfocused, with little explanation of what’s going on and where in the ‘Trek universe this new series is set (it’s pre-Kirk era fyi).

2. It offers little in the way of plot, but not in an intriguing way, more of a messy way like they just flung together what they could with what they had and added a cod-philosophy monologue.

3. The redesigned Klingons look a bit silly, as do some of the VFX shots (that explosion near the start looks like it was rendered on an Amiga 500). And does every trailer need a sexy pop song over it these days?

4. Change and evolution is good, but this neither looks nor feels like Star Trek. Bring back the Borg, we say.

1. Every time Marvel makes it look easy with their latest teaser, DC aren’t far behind, continuing to flail about, slightly unsure of what they want their film series to look or feel like.

2. There is little hope that this won’t be a bloated mess, seeing as that’s what Zack Snyder’s movies always turn out to be.

3. The wild success of Wonder Woman put a bit of wind in the series’ sail, and there does seem to be a little wit here that was absent from the joyless Batman vs Superman.

4. Snyder has stepped back from production due to a personal tragedy, with Joss Whedon (The Avengers etc) overseeing post production. Whether that will save the film from itself remains to be seen.

1. Finally, HBO presented an ever-so-teasery teaser for the second series of its ambitious/baffling (delete as appropriate) sci-fi fusion WestWorld.

2. The first run look and sounded extraordinary, featured flawless performances (in particular from Evan Rachel Wood and Thandie Newton) and promised much with its (very) slow-burning storyline.

3. Jonathan Nolan would want to tighten things up for the next season though. Ambitious is good, challenging is good, but entertaining is a must too.