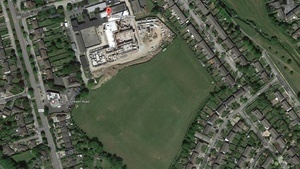 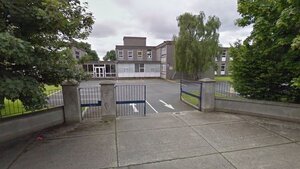 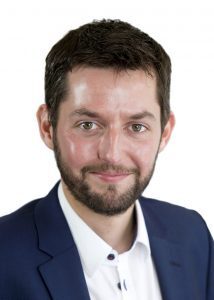 Further to news that the Christian Brothers are selling off 60% of Deansgrange, County Dublin-based Clonkeen College’s pitches for €18m, in part to pay for their €10m contribution to the sex abuse redress scheme….

The move by the Christian Brothers has been condemned by parents, pupils, staff and local residents. Understandably so, as it will have significant impact on the community.

This unilateral decision by the Christian Brothers has implications far beyond Dun Laoghaire. It serves as a microcosm for the trouble we all face as religious organisation, who own much of our schools, hospitals and public service infrastructure, continue their decline.

Who Own Schools in Ireland?

To start understanding the larger problem, let’s pause to remind ourselves how the Irish schools system is organised. The Department of Education sets the national curriculum, sets the standards for teachers and pays their salaries. It also pays for most of the investment to build and maintain school buildings and facilities.

However, it doesn’t run the individual schools. Instead, it outsources this responsibility to organisations like the ERST, Catholic Schools, Educate Together and others. These organisations are known as Patrons. Patrons establish the ethos of the schools, they set the enrolment policies and they appoint the Boards of Management to each individual school in their patronage. The Board are in charge of the day-to-day running of each school.

96% percent of our Primary Schools and half of our secondary schools are in the patronage of a religious organisation.

Technically, these schools are privately owned but publicly funded, since the taxpayer pays the bulk of the building and running costs.

The Sale of the Pitches

This brings us back to Clonkeen College. The Christian Brothers own the land and the buildings, the Edmund Rice Schools Trust (ERST), a lay organisation created by the Brother’s in 2008, are the Patrons, and the taxpayer (via the Department of Education) pay for the teachers, pupils and investment in buildings and facilities.

In recent years the Department of Education (i.e. taxpayer funds) have spent €700,000 to drain, level and fence the playing pitches around the school, according to the principal Edward Melly.

“The Brothers gave us repeated permission to invest in and carry out works on the lands. They gave us no indication at any point they were at risk. We made extensive investments based on that information.”

On May 3, 2017, the Christian Brothers unilaterally informed the school’s board of management that they had entered into contracts for the sale of 7.5 acres – about 60% of the school’s sports pitches.

This week, after a parliamentary question in the Dáil, Richard Bruton admitted that the Christian Brothers have told him that the pitches have already been sold after 12 months of secret negotiations with a property developer.

The Christian Brother’s gave no prior warning to the School’s principal, parents or Board of Management.

That is the state of our Education infrastructure in Ireland in 2017. Over 2,000 schools are maintained and run with taxpayer money, but if the organisation which owns them decides to sell the facilities, we can’t intervene to stop them.

As we speak, how many other schools’ facilities might the Church be secretly negotiating to sell?

Effect on the Community

The sale of two thirds of a school’s pitches will undoubtedly be detrimental to the education of the 500 pupils of the school, but more than that it should act as a canary in the coal mine for how we, as a country, approach not just education but public service provision in general.

Last month, The Religious Sisters of Jesus and Mary got €13m from the sale of a 5.4-acre land attached to Our Lady’s Grove Primary School in Goatstown Road, despite protests of parents.

We are all paying, through taxes, to invest in public infrastructure like Schools and hospitals, which are owned not by us, but by private organisations who are then free to turnaround and sell them or change their use in ways that aren’t in everyone’s collective best interest.

Nowhere is this more evident and troublesome than the €300m we’re about to invest in a new National Maternity Hospital which will be fully owned by a private organisation, not the state.

Where We Go From Here

The numbers in the religious organisations in Ireland are rapidly dwindling and getting older. They will be the first to tell you that. They see the writing on the wall.

We’re at the start of a decade or two of massive change, which can either one of two outcomes. The first, if our government remain disengaged, is more and more schools being affected like Clonkeen and Our Lady’s Grove, with their lands sold to the highest bidder. Rising property prices will drive this further.

The second, is that we re-engage with these organisations, using both carrots and sticks, to start the necessary transfer of education provision into the custody of the state, as it is in any modern country.

I have talked to many in the church who acknowledge that (in their words) they took the education system this far, but now it needs to be handed over to the state.

There are many good people within these organisations who know that the transition needs to take place, and they just want acknowledgement that many of them did good, honest, compassionate work to educate where the state failed to do so.

It is possible to acknowledge that good work of those in religious life, while at the same time abhorring the current set up and feel an urgent need for change.

This doesn’t have to be a battle at every stage, but at many points it will be.

In my day job (I run a tech company), when people make large investments in a business they take equity ownership. I don’t see why the same can’t happen here.

If Simon Harris is investing €300m in the National Maternity Hospital, at the bare minimum that should come with a large % ownership stake in the Saint Vincent Hospital Group.

Every time the Department of Education makes an investment in a school property or grounds, it could similarly start taking equity in the school ownership in return.

The funds they used to buy these lands came from tax exempt donations from the Irish public. These tax exemptions amount to decades of public subsidies, so compelling them to act in the public interest isn’t an outrageous demand.

Over time we can start transitioning our public infrastructure into state ownership for the benefit of future generations – exactly where it should have been all along. This is not an immediate solution, but a problem this big rarely has quick fixes.

Peter Tanham is the CEO of an Irish tech company and the Social Democrats representative for Dun Laoghaire. Follow Peter on Twitter: @PeterTanham

19 thoughts on “This Used To Be Our Playground”