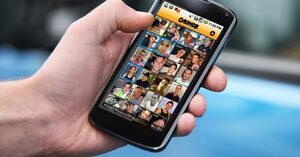 Does it get better?

In July, ‘Broken-hearted, a long-term Broadsheet reader’ shared his experiences after discovering his boyfriend was cheating on him with at least five other men.

A month has passed since the supposed apocalypse and it really really does get better. Sitting down and writing an article lashing out was my way of verbalising what I really wanted to say and do in reality.

I read the comments and had some food for thought. I was told I was mad but what is the best way of getting impartial advice than getting a bunch of commentators on the net to do it!

I saw that commenter “AnonymousAlso” also had an issue with his fella and went through the gauntlet of emotions relating to his other half sending naked photos to a mutual friend. Get out of that relationship if he is doing that, its a slippery slope. I had that issue and it went downhill from there.

The last four weeks have been a rollercoaster to coin a cliché. The first thing that was crucial to moving on was to take back confidence in my own decision-making abilities, I leaned heavily on friends and they got me through the real tough patch.

Booking a trip to Birmingham to go on the piss and see family and friends took me out of that cesspit of self-pity I was wallowing in. The second thing I did was deal with the anger. I talked about it with close friends and then let it go…it was gradual but it serves no purpose other than burdening me . I forgave him for his transgressions and decided to move on with getting my life back on track.

I had a promotion I was going for and thanks to a colleague I pulled my head right out of my proverbial hole and did very well in the interview.

Out of the woodwork has come a mixture of new friends. Some of whom yes I am hooking up with but ’tis only human to want the body on body contact, it’s not about the sex or the intimacy or my ego its about the feeling of skin on skin, for me its a powerful driving force.

A number of other people came out in support including those who I only knew somewhat as acquaintances, the exorcising of my demons pushed me to gain new friends.

Its has been a journey of learning to be comfortable in my own company, making new friends and reconnecting with old and getting to understand my emotions better than I ever have. A level of awareness was attained about how rich I was (and this sounds gay) in love of friends and family.

Finally do I still love him? Well if I didn’t I would be a sociopathas one commentaor said. A part of me always will but that part of me is just a part of me.

My mind and body has a whole lot more to offer someone. I’m nowhere near ready for a relationship and won’t be for months to come but one thing is for certain this whole journey is going to be enjoyable.

Previously: Cheating Cheaters Cheat Us All

The Mad Men Guide To Bedhopping

55 thoughts on “After The Cheating”