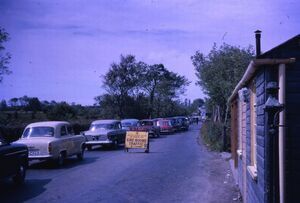 When I was a child, going on our annual family vacation in Donegal, we would vary our route to get there. The western seaboard route always seemed the most direct.

When travelling by public transport, the V shaped route, via Dublin, would take us through Northern Ireland.

We would travel through Fermanagh and Tyrone, exiting in Strabane. British soldiers would board the bus. They would frighten me, although not for the obvious reasons. The bravado of these men, some still teenagers, was misplaced.

Their fear of their situation only added to the tension. I could scarcely imagine living with such tension, on a day in day out basis.

Thankfully now, the past has become, definitively, another country. Travelling to, from, and through Northern Ireland has become pass remarkable. Normalisation, superficially at least, is now the new normal. But superficial is what it is at best.

Old animosities have been sidelined, and where possible, somehow buried. The distaste that dares not speak its name, is never that far from the surface.

Some have dreamt of a Brexit benefit. The fourth green field can now be reclaimed. The long held, mythical, wish to unify the island, has never been closer to attain. Except that a unitary Irish state won’t be because of a take over or a surrender.

Whatever the Republic/Irish Free State has been; whatever the Northern Ireland statelet has believed itself to be, a new Ireland can only be created by jettisoning the key elements of both jurisdictions.

While we, in the Republic, seem to have run further from the pulpit than our northern brethren, uber liberal we are not. A new Ireland would have to be pluralist, secular and tolerant.

It will, at least initially, be a poorer Ireland. New, blood is thicker than water, taxes would have to be levied in the Republic, to help meet the subsidy gap that would be created through the departure of the British government.

The other part of this fiscal concordant would be that in Northern Ireland, the level of such subsidies expected would also have to be less.

If the dream survives this reality test, then maybe change is possible. If not then we all need to get used to shouting louder at each other again.

26 thoughts on “A Border Runs Through It”