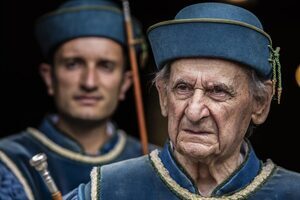 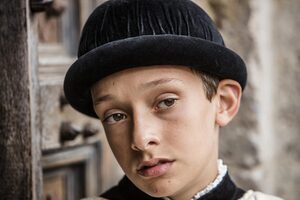 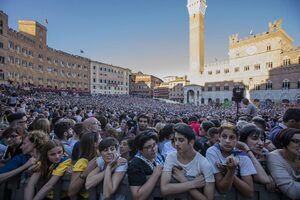 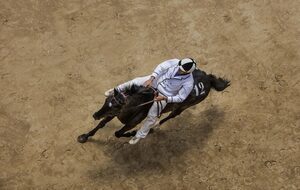 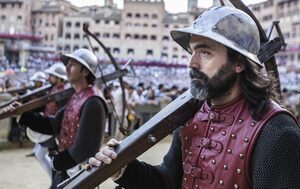 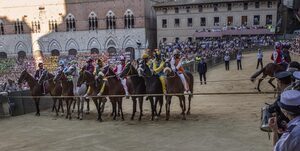 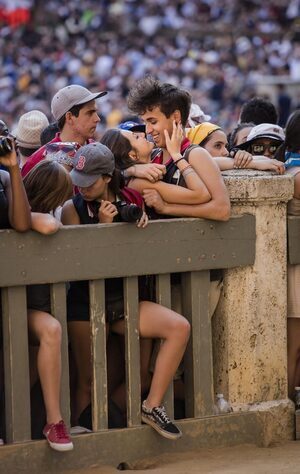 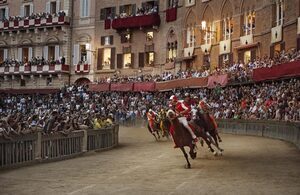 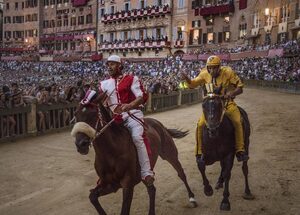 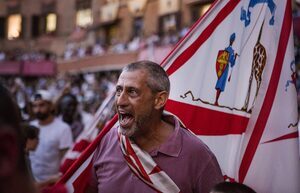 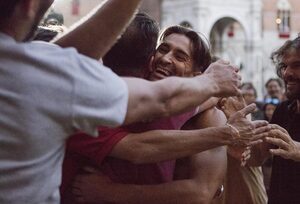 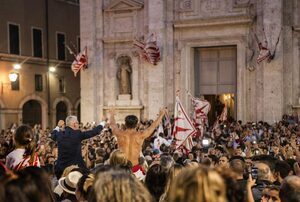 Scenes from this year’s Palio in Siena, Italy

There are just two Palios in Siena, Italy every year.

The second one is on tomorrow, August 16.

The first one in July was visited by photographer Donal Moloney.

One local described it to me as “Palio is life”. It seems that there are far more important things about this event than it just being a 14th century horse race. I was there 4 days and only began to understand the real meaning of Palio and what it is to be Sienese.

Palio has been on my bucket list for many years but I’ve always feared arriving and not being able to get the camera angles I want. The spectacle lasts just 90 seconds but the square in Siena is used for trials and ceremony the entire week leading up to the event.

There are 17 districts (Contradas) that compete twice a year at Il Palio (one in July, one in August). 10 contrada are chosen to compete at each main event. Horses are only assigned by the Mayor three days prior by lottery. 30 horses are used in trials on the Thursday of which 10 are chosen. They then gallop around the square twice a day in preparation. Only then do the jockeys don the colour of the contrada they represent.

Sounds complicated? It is! Add to that the skullduggery, bribery and corruption that goes on behind the scenes and you get even more confused. This is all part of the Palio.

Three months earlier I found a man online who charges a lot of money for such privileges. 15,000 people cram the square on race day and I get myself a good position on San Martino bend.

It’s 5pm and the sun is beating down on me. I’ve barely room to swing a cat but I’m pumping with adrenaline. Four hours later, endless delays and they’re off in near darkness.

Three laps of the square and it’s over. I jump the barrier with my gear on my back and run down the track into the oncoming horses to get a shot of the victorious jockey before the Italian press photographers get there.

It’s mayhem as I beat my way as close as I can to him. Men are shouting and crying with joy as they greet their hero.

I’m suddenly part of their contrada and I end up leaving the scene with them to the church where both jockey and horse will be given benediction by the parish priest. Jaysuz lads, ye couldn’t make it up.

Clowns To The Left, Jokers To The Right