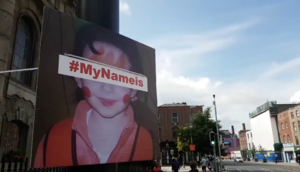 “July saw the biggest monthly increase in the number of homeless children in Dublin since January 2016, and second largest rise since the homelessness crisis began, figures to be published on Friday show.”

“The data, from the Dublin Region Homeless Executive, also reveals that of the 215 families that Minister for Housing Eoghan Murphy said in May would be out of commercial hotels and in “family hubs” by the end of the summer, just 48 have made the move.”

“Despite his commitment that the majority of families would be out of hotels by the autumn, numbers have increased from 647 in May to 753 last month.”

“July was also to be the month no homeless family would be in a commercial hotel under a target set by Mr Murphy’s predecessor Simon Coveney.”

“The number of homeless children in all forms of emergency accommodation in Dublin during the week July 24th-30th was 2,423 in 1,178 families.”

Surge in number of homeless children in Dublin (The Irish Times)

All The Fails Of July