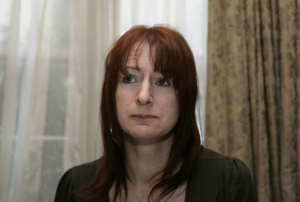 “And the sad fact is that there was open warfare inside the hierarchy of An Garda Siochana, between the civilian heads and between most of the senior garda management. And sadly, we’ve had a roadmap for how to deliver a modern police service, based on really comprehensive reports that were done by the Garda Inspectorate in previous years which all we need to do is implement them.

“And the problem being that the people at the top of An Garda Siocahana come from the old guard and are not best equipped to deal with that type of change that is necessary to herald in a new type of Garda management.”

Sean O’Rourke: “So you’re talking about, not just a new commissioner but a new top layer of management are you?”

Daly: “I think that’s absolutely necessary and we would be very concerned with some of the recent promotions by the Policing Authority for people who we know have been the subject of serious complaints and investigations by GSOC and Garda management, in example, for harassment of whistleblowers, have actually ended up on the promotion list. And…”

O’Rourke: “So the Policing Authority has to go as well, does it?”

Daly: “No, the Policing Authority has to be…”

O’Rourke: “If they’re promoting these people…”

Daly: “What this Government didn’t want it to be – a fully independent body. Let’s remember the personnel of the present Policing Authority were effectively hand-picked by the last government, there wasn’t open recruitment and selection for that. And their hands have been tied and they’ve allowed their hands to be tied even further. I made the example earlier and what happened in Scotland and other jurisdictions, they seem to manage it perfectly well.

“Where a garda commissioner or a chief constable, whatever they’re called, are actually held to account by a proper policing authority. We haven’t go that here. We’ve got a halfway house and the legislation has been there to deal with it.”

Earlier: Changing Of The Guards

5 thoughts on “Promoting The Gardaí”