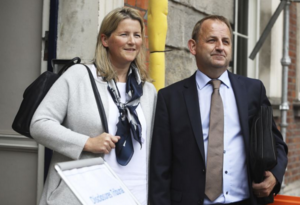 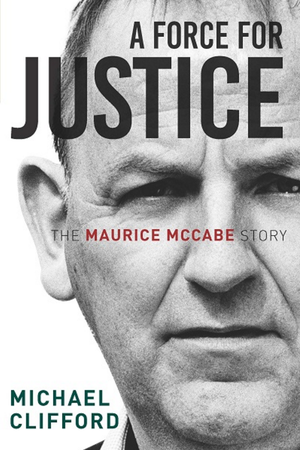 Michael Clifford, of The Irish Examiner, spoke of a book he has written about Sgt Maurice McCabe, called A Force For Justice: The Maurice McCabe Story.

During the interview, an extract of a statement made by Sgt McCabe’s wife Lorraine in preparation for a legal action against An Garda Siochana, which is contained in the book, was read out by Tara Campbell.

In it, Lorraine describes what life has been like for her and her family for almost 10 years:

“In 1993, I married a decent, honourable and, above all, an honest man. For the last nine years, because of these admirable traits and his decision to challenge the system for all of the right reasons, his life has intentionally, relentlessly and systematically been rendered intolerable for him at every turn.

“This has had a profound and very destructive effect on me, my children, my marriage and on our life as a family.

“It’s usual, in a marriage, to be able to turn to your partner for support. In my case, given the pressure that Maurice has been under, I’ve not felt able to burden him further at times when I would have ordinarily needed support.

“I’ve largely had to cope with other trials and difficulties in our lives, including the death of both of my parents, alone. I’ve also had to shield Maurice from many of the day-to-day family concerns regarding the children and otherwise – what would ordinarily be dealt with together.

“One of the most difficult episodes for me was when Maurice was so low that he was admitted into St John of Gods for help. I’ll never forget the desperation I felt that night, after leaving him and driving home alone and wondering how I could shield the children from this.

“We’ve five children, the eldest of whom is now 21. Tom was only a baby when all of this began. Despite my best efforts, their entire childhoods have been marred.

“Our lives have been destroyed. For years, we lived in fear. And now that fear has turned into extreme anger at what they tried to do and how things could have ended but for the relentless fight we had to endure and the tireless work of our legal team.

“I’m still married to a decent, honourable, and above all, an honest man.

“However, he, I, and our children, have paid a very high price for his honesty and his decision to challenge the system in the interest of others.”

‘If This Is Let Slide, It Will Be Very Serious For The Attorney General’

‘They’ve Been Dishonourable With Me’

25 thoughts on “The Price We Paid”