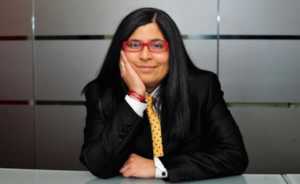 Like many I was appalled and disgusted by the comments made by George Hook on his show on Newstalk last Friday.

He unequivocally said that the rape victim in the UK rape case was partly to blame for her own rape.

My immediate reaction was this time he was gone too far and surely the station will react appropriately and at the very least suspend him immediately from the airwaves until a decision is made regarding his future.

Like many other survivors of sexual abuse and violence I didn’t report it or seek support sooner because I thought it was my fault. I actually believed until I was well into my 30s that, at the tender age of 13, I was to blame that my first sexual experience was with a 70-year-old man.

Victim blaming is unacceptable, irresponsible and dangerous. I am deeply disappointed that so far, the only action there has been to address the hurt and distress caused by the comments has been an apology by George Hook and Newstalk.

In my opinion, this does not go far enough, particularly as this is not the first time it has happened. I felt compelled to voice my discontent to management and conveyed to them that I didn’t feel I could share the same airwaves with George Hook until a formal disciplinary action was taken.

Like many of my colleagues I felt, as a station, we need to take a strong stance to show that we have a social conscience and do not condone victim blaming.

For the last decade I have worked extremely hard to create the Global Village show and endeavoured to create a unique radio programme that sheds light on social justice and mental health issues by speaking to the people affected by the issues to raise awareness.

I have always regarded my work on Global Village more than just a job but my own civic duty to spark positive social change one conversation at at time.

Although I enjoy my work as a broadcaster immensely and have some incredible colleagues at Newstalk, I have been deeply unsatisfied with the management of Newstalk as I felt the station has been unsupportive and unwelcoming of female presenters. It is common knowledge that insufficient effort has been made over the years to address the lack of female representation during prime time.

As a result, female presenters are segregated to the weekend schedule. I believe this culture is connected to George Hook’s comments.

I feel unable to share the airwaves with an individual who has no regard for the duty of care we have to the public and as such will not be presenting Global Village this weekend and management understand my position. Most importantly it is my duty as a parent to my two-year-old son Phoenix and four-week-old daughter Xavier to act and be the change I want to see in the world.

I am heartened that there has been a public outrage and Newstalk have launched a full investigation on this matter which I hope will conclude within the next few days so that  I can return to presenting Global Village on Saturday, 23rd September.

Newstalk’s Global Village Dil Wickremasinghe released the above statement last night, before Newstalk announced this morning that George Hook has been suspended.