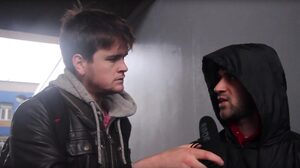 The word on the street on HookGate.

For Your Consideration: Friends, Eh?