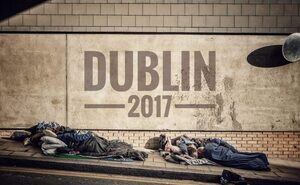 Meanwhile, at the back of Stephen’s Green Shopping Centre [Dublin 2] aver the weekend..

84 thoughts on “Getting Up Early”