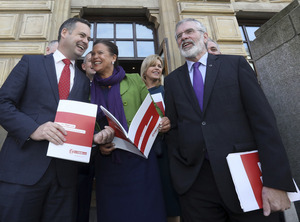 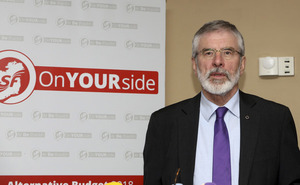 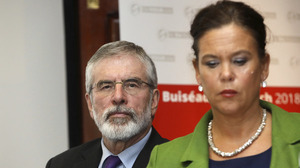 The launch of Sinn Féin’s alternative budget proposals . To wit:

Sinn Féin has proposed €2 billion worth of tax increases, from increasing the special VAT rate for hotels to a 7 per cent levy on incomes above €100,000, in its alternative budget.

….increases include a second home tax of €400; increasing the VAT rate for hotels from 9 per cent back to 13.5 per cent ; increases in betting tax and the bank levy; a rise in commercial stamp duty from 2 per cent to 4 per cent as well as an extra 5.75 per cent rate on employers PRSI on salaries of over €100,000…