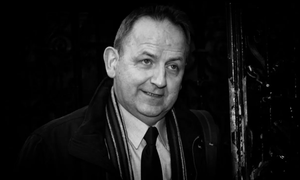 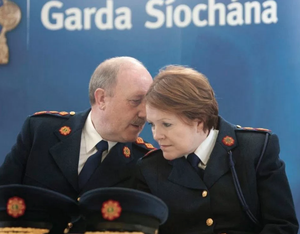 The International Association of Chiefs of Police (IACP) issued a statement announcing the appointment of former Garda Commissioner Noirin O’Sullivan as the IACP’s Director of Strategic Partnerships for Europe.

Readers will recall how the Disclosures Tribunal is currently examining claims that a smear campaign was conducted against Garda whistleblower Sgt Maurice McCabe by former Garda Commissioner Martin Callinan – with the knowledge of Garda Commissioner Nóirín O’Sullivan – as alleged by the former head of the Garda Press Office, Superintendent David Taylor.

It’s examining how a ‘humping’ allegation made in 2006, pertaining to a game of hide and seek in 1998 by the daughter of a guard previously disciplined by Sgt McCabe – an allegation which the DPP found in 2007 had no foundation – became a false allegation of rape in 2013 and was circulated among gardai, Tusla, politicians and members of the media.

Mr Callinan and Ms O’Sullivan are expected to give evidence in November/December.

Readers will also recall how, during the O’Higgins Commission of Investigation in 2015 – which looked into Sgt McCabe’s allegations of Garda misconduct – legal counsel for the then Garda Commissioner Noirin O’Sullivan said that evidence would be produced to show that Sgt McCabe had told two other gardai that he made his complaints out of malice at a meeting in Mullingar in 2008.

In addition, Broadsheet reported in August that An Garda Siochana told the commission that what motivated Sgt McCabe to act out of malice was that he wanted the 2007 directions from the DPP, in respect of Ms D’s 2006 “humping” allegation, overturned.

This claim, by An Garda Siochana, was based on the belief that Sgt McCabe never saw the full instructions.

However Sgt McCabe had seen the instructions and knew they were unequivocally in his favour.

When Sgt McCabe made this known at the commission, this claim was also dropped by An Garda Siochana.

Some people have been tweeting the IACP.

You do know Noirin O’Sullivan is accused of trying to destroy reputation of whistleblower & there’s a Tribunal investigating the matter? pic.twitter.com/MjVqYq6ZDL

Was it her handling of Whistle Blowers or the drunk driving detection figures that swung it for her??..

‘Was The O’Higgins Report Not Enough For You?’