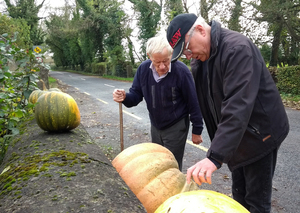 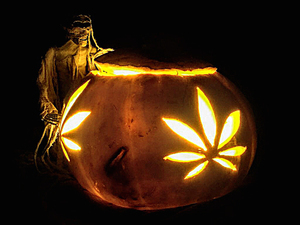 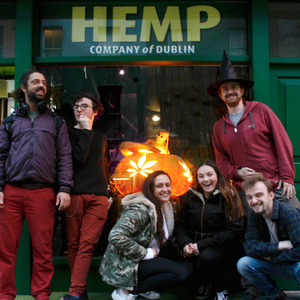 Grown by 87 year old Eugene Brady (top right) in Longford, it was hollowed out and the custom grimace was replaced with a cut-out hemp leaf motif instead.

Established since the early days of 1999, a time when Hemp meant drugs to most people, The Hemp Company of Dublin has seen many changes in public perception regarding hemp.

Passionate to the point of evangelism, the Hemp Company are opening a juice bar in its basement Hemp Museum this month to further promote the benefits of the wonder weed. 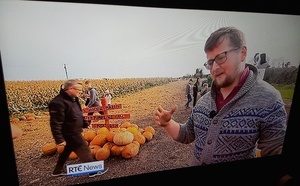