FF @DonnellyStephen says the political crisis is ‘easily resolved’ with the resignation of the Tanaiste pic.twitter.com/qx4Ya6MDjK

Fianna Fail TDs Timmy Dooley and Stephen Donnelly speak to press on their way into the Fianna Fail front bench meeting at 9.30am.

On Today with Sean O’Rourke… 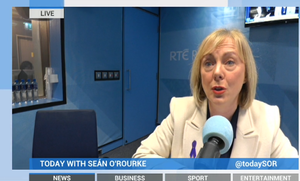 “All I’ve heard since yesterday, and I’ll say it again, is nobody wants an election. So can we come back from the brink please of whatever this particular row is over and I’m still scratching my head trying to figure out what the charge is against Frances Fitzgerald…”

Fianna Fail leader Micheal Martin tells frontbench meeting motion will go ahead. But says if Tanaiste resigns, this will be pulled back.

Fianna Fail leader Micheal Martin said he is open to talks with Leo Varadkar over weekend to resolve this issue.

48 thoughts on “Meanwhile, Outside Leinster House”