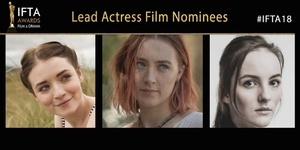 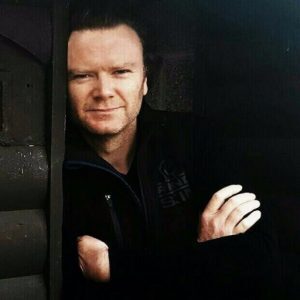 The elephant in the room is sitting on a woman.

Multiple people – women and men and possibly transgender – were nominated for this year’s Irish Film and Television Awards. Some folks are cynical about the IFTAs but huge kudos should be given to Áine Moriarty and Deirdre Hopkins for turning these awards into an increasingly impressive annual ceremony.

I have been nominated for a few IFTAs. I’ve presented a few of them. A film I made even won a few. But, this year, instead of celebrating the nominees, there has been a furious backlash to the announcement that only three women have been selected for the Lead Actress category.

The Irish Film Board has created five different initiatives exclusively for female writers and directors. They did so because the uptake from female writers for an earlier gender defined initiative was far less than expected. The reason for this was put down to “unconscious bias.” Perhaps this is true. So let’s examine the conscious facts.

The Irish Film Board has 18 staff members. 15 women and three men.

The Irish Film Board has seven board members. Five are women. Two are men.

Screen Training Ireland – the educational arm of The Irish Film Board – has six staff members. Six women and no men.

There are films made without Film Board support but, in general, this means that the decision behind the funding and the development of Irish cinema is made by 26 women and five men.

(It’s difficult to ascertain precisely how many script editors the Film Board is facilitating but anecdotal evidence suggests the significant majority are women.)

We need to name the elephant in the room. The male elephant. We cannot move towards true equality until those five men are removed. And replaced by five women. It’s clear that those 5 men are the reason no scripts with central female roles are being written and directed by women. Shame on them. And shame on every man who idly allows this barbaric inequity to continue.

The evidence is clear. The answer is simple. Only when that ratio of 26 women to 5 men is addressed can we finally come clean about who is stopping women writing female-led scripts.

Only when a woman is finally able to sit down and write her female-led script without having five  men standing over her shoulder, dragging the pencil out of her fingers, or clogging up her keyboard with their male made muck, can we progress.

Only when that ratio of 26 women to 5 men becomes 31 women to zero men can we finally have the kind of equality that we all deserve.

They Shoot Up So Fast

76 thoughts on “For Your Inconsideration”