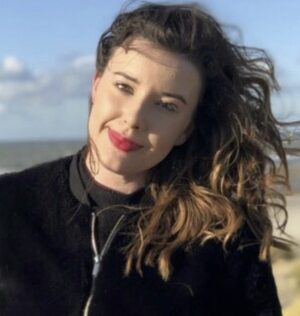 While stepping out of the Dublin airport into the brisk chill of an average late September afternoon in Ireland, my body immediately recognised the stark contrast of the climate that I was accustomed to.

My journey began in my hometown of Tuscaloosa, Alabama. The humidity and summer blaze can never be escaped that time of year. Ironically, at the drop of a few degrees women, idealistically called ‘southern belles’, would emerge from their well to-do neighbourhoods in knee-high snow boots and the occasional faux fur vest if that day’s events called for more upscale encounters despite the sweat accumulating before walking out their doors.

My thoughts raced but I had hoped, in a sense, I would escape the South to emerge myself in the culture of Europe. Albeit, the weather was different and women weren’t dawned in faux fur vests despite the temperature being drastically unfathomable by ‘southern belles’ but something felt familiar.

I would come to recognize that despite the weather, Ireland and Alabama had more in common than I could have ever imagined.

Studying abroad had always been my dream. As a small, town girl from Alabama, I can even recount doing a Little Miss Beauty Pageant that vaguely reiterated a small questionnaire about my hopes and dreams as I attempted, but failed, to gracefully glide across a poorly lit gymnasium.

‘Contestant Number 13, Miss Ashley Perry, would like to backpack across Europe instead of pursuing a college degree.’ As fate would have it I would move to Europe at 21, but to pursue a Masters in Human Rights.

In meeting my Irish classmates the conversation seemed to always shift to the political climate of Alabama. Questions mainly boiled down to if Alabama was still racist and if so, what were my thoughts on this. Although my classmates, who I now consider dear friends, didn’t intentionally mean to be so inconspicuous, their questions were asked to discover if I in fact was racist.

Of course, my reaction would be dripping with pure optimism about the trajectory of race relations in the South but in the beginning, I never had the heart to tell them the reality. Despite my adamant stance on the equality of all, my own maternal grandfather was an avid member of the Ku Klux Klan.

Forever haunted by my genealogical past, I did everything in my power to be the antithesis of who he was and what he stood for without exposing a well-kept family secret. At some stages of my younger life I genuinely questioned if things would ever get better or if this little portion of America would stay forever halted in the past.

When discussing race in Alabama, one will often find, within a white dominated crowd, people acknowledge the past to a degree but there will always be a quite daunting sentiment that seemed incongruent with the current race relations of America today stated. ‘When will people get over it?’

That sentence would be reiterated to me by an Irish Department of Justice and Equality official when I found myself working for an organisation that advocated for survivors of the Magdalene Laundries. Although I took the internship position to fulfil my requirements for my masters degree, I had at this point become deeply entrenched in the institutionalized abuse of women by the Catholic church.

The Official in question would ask me this at a post-United Nations review session cocktail event while still in Geneva. Even at the very meeting, him and all the others involved with the Magdalene redress scheme were to be questioned on their productivity, there was still a lack of understanding of how demeaning Ireland treated women by eliminating their own autonomy and entrapping them for almost a century.

As the words left his mouth, it was as if I’d already knew the discussion that was going to ensue because I’d had it multiple times before in Alabama. I firmly pleaded with him to understand that the issues of the past are most definitely the issues of today’s Ireland. I was met with a smug smile that seemed to purvey a sense of insignificance.

The stage and actors had been transformed but the narrative still remained. It was when I knew I had not escaped Alabama’s tumultuous race relations but simply exchanged one group of oppressors for another.

I reminisce on this day quite frequently when wrestling with the love I have for Ireland and Alabama, while recognising the horrible truths of the societies’ biases. As my Irish classmates questioned me about Alabama and the treatment of African Americans, there was cognisant thoughtfulness on how the issues of the past still were perceived as issues of today.

Although it took time, I eventually felt the responsibility to express the realities of incomplete justice to those foreign to me and acknowledge my own family member’s contribution to discrimination in the not so distant past. If only I had the courage in the moment that question left the official’s mouth to ask him to do the same.

To address that we have all been complicit in allowing the past to impede into the future and by merely admitting this sentiment allows for instigation of growth and progressive action. As a new wave of feminism sweeps Ireland, it should not be lost on anyone that the treatment of women in the Magdalene laundries is similar to the repression of women’s bodily autonomy today.

To simply ‘get over it’ would require transitional justice to be paid in full and not a conditional response to public outcry. To successfully ‘get over it’ the same issues dressed in different garments shouldn’t resurface. Whether it be race or sex, the mistreatments of the past will always reappear if not truly handled with careful consideration.

As the airwaves fill daily with new stories of African Americans being severely mistreated for the colour of their skin, my heart is always reminded that this is not isolated in progressive America but a consequence of prolonged, conditioned racism to which those who benefit from such discrimination greet with indifference. Similarly, Magdalene laundries and abortion are linked in Ireland and should be considered a consequence of prolonged, conditioned sexism.

Although the weather maybe undeniably different, the political mistreatment of vulnerable populations parallels each other in their very ignorance to the consequences of just ‘getting over something’ in juxtaposition of tactful transitional justice.

Although the air in Ireland will also be infiltrated with wind chill and the incessant heat of Alabama will be a staple of the climate, does inequality have to be?

Ashley Perry is an alumni of the University College of Dublin Human Rights MSc program. She is currently working for ‘Reclaiming Self’, an advocacy organization geared towards promoting survivors’ rights of industrial schools. She is also obtaining a MA in International Law and Diplomacy at the American University of Paris. You can follow Ashley on Twitter @ashleyyperryy

The McAleese Report: ‘Incomplete And Not Independent’

10 thoughts on “Between Ireland And Alabama”