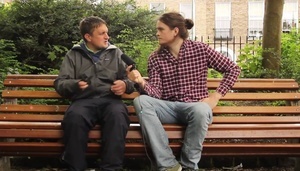 I filmed this chat with Sean, a Dublin heroin addict a few months back. It has continued to get views despite not having received any promotion.

Sean’s a very intelligent and engaging guy. It’s such a massive issue in Dublin, perhaps your audience would find it enlightening.

For Your Consideration: Friends, Eh?

Arms And The Transgender