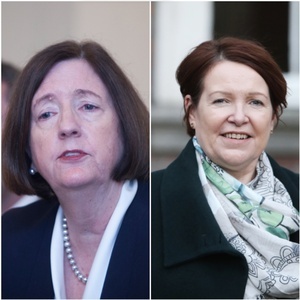 Last May, Kathleen O’Toole, Seattle Police Chief and formerly of the Garda Siochana Inspectorate, was appointed to lead the Commission on the Future of Policing in Ireland.

This was to be a root and branch review in the wake of  scandals on several fronts within the force.

Criticism was made at the time that Ms O’Toole had, in her previous role in Phoenix Park, helped select Noirin O’Sullivan as Garda Commissioner in 2014.

Was Kathleen O’Toole not on the panel that selected Noirin O Sullivan for #Garda Commissioner job in 2014? Conflict of Interest maybe…..? https://t.co/OfWycOjLRM

But the appointment went ahead.

Last September, Noirin O’Sullivan stood down as commissioner amid pressure over the slow rate of Garda reform and her own role in the Sgt Maurice McCabe saga.

In October, Ms O’Sullivan was appointed as director of strategic partnerships for Europe with the International Association of Chiefs of Police (IACP).

The IACP is based in Virginia, United States, and has among its executive committee…head of the Commission on Future Policing in Ireland, Kathleen O’Toole.

Could I be accused of being a conspiracy theorist for wondering is there any connection between Kathleen O’Toole being on the board of directors of @TheIACP and the fact that NOS landed a cushy number with it? pic.twitter.com/9A4SwzZKFF

Previously: The Future Of An Garda Siochana 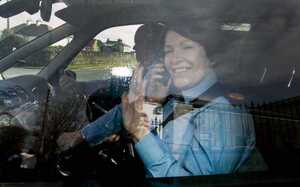 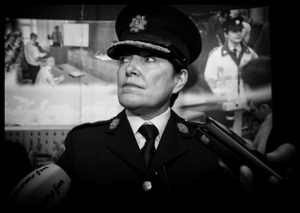 9 thoughts on “The Future Of Policing”