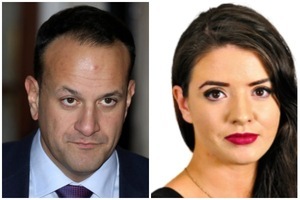 Front page on Monday: @thetimesIE reveals newspapers were instructed to make adverts look like news
Front page on Friday:
Complete overhaul of government adverts announced as a direct result of our stories pic.twitter.com/ell5SLxnY0

On RTE Radio One’s The Gathering…

Ellen Coyne, of The Times Ireland edition, took presenter Sean O’Rourke through the events of the week concerning her reporting of Leo Varadkar’s Strategic Communications Unit…

And how, using taxpayers’  money, paid for Government advertorials in regional newspapers and used an agency which specifically requested that the material didn’t appear as advertorial.

“The Ireland edition of The Times reported on Monday that with Ireland 2040 and with a similar advertising campaign for Creative Ireland, regional newspapers were instructed by an agency, commissioned by the Government to make publicly funded advertisements, promoting the Government, look like organic, independent news stories.

“So we reported that story on Monday, the initial reaction from Leo Varadkar was to claim that my story and similar reporting by Justine McCarthy in The Sunday Times was inaccurate.

“That led to a very heated exchange in the Dail during Leaders’ Questions on Tuesday and up to the unbelievable moment on Wednesday when Leo Varadkar went into the Dail and said on the public record that, actually, my story had been filled with anonymous sources who were secretly Fianna Fail candidates which is completely untrue.

“We kept reporting this story, I think the public got angrier, the Opposition were furious.

“And then that lead up to, yesterday, Independent Government ministers pulling Leo Varadkar to explain they were extremely unhappy with this – leading to, basically, an announcement last night that, from now on, the Strategic Communications Unit is going to be issued with clear guidelines, that means that if the Government is paying for ads that appear in your local paper or national paper, it’s going to be very, very clearly marked when it is an advertorial.”

“…The Taoiseach has been blue in the face all week saying that the Irish public deserves to know what the Government is doing with its money. That’s all the Ireland edition of The Times has been doing this week – making it clear to the public what this €1.5million advertising campaign is being used for…”

Previously: “Part Of Our Deal Is That We Don’t Have Any Moniker Such As ‘Advertorial”