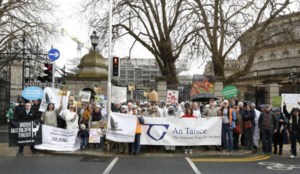 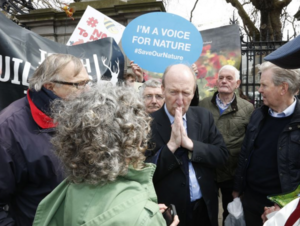 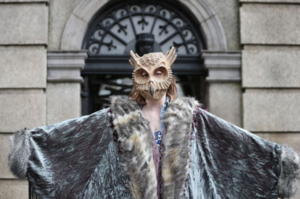 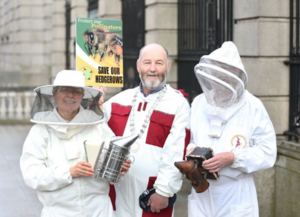 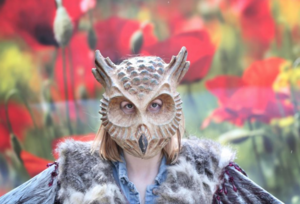 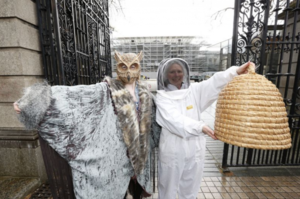 A coalition of environmental NGOs and supporters from BirdWatch Ireland, the Irish Wildlife Trust, An Taisce, the Federation of Irish Beekeepers’ Associations and the Hedgelaying Association of Ireland gather to protest against proposed changes to the Heritage Bill.

They also gave Minister for Culture, Heritage and the Gaeltacht Josepha Madigan a petition signed by over 31,000 people who reject the proposed changes.

The proposed provisions (changes) in The Heritage Bill rolls back 20 years of legislative protection for wildlife by extending the window for agricultural burning and hedge cutting. There is no doubt that this will have a huge negative impact on all wildlife and especially our bees. August hedgerow cutting would reduce the number of blossoms, from which honeybees develop their winter fat bodies.. It would also reduce the number of berries which birds and mammals depend on throughout the winter months. 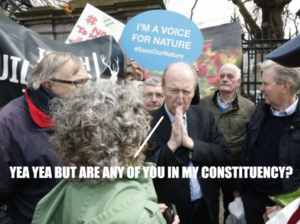 22 thoughts on “Meanwhile, Outside Leinster House”