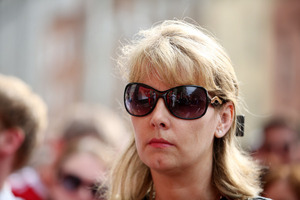 A lawyer representing Emma Mhic Mathúna has told the High Court that the Health Service Executive is contradicting what has been said by the Taoiseach and the Minister for Health by defending the case taken by his client.

Senior Counsel Patrick Treacy said that Ms Mhic Mathúna, who is terminally ill following misreading of smear tests taken in the CervicalCheck screening programme, should have been brought in for a mandatory colposcopy following a smear test taken in 2010.

Patrick Hanratty, for the HSE, said it feels it is being pushed into an admission of liability before it has fully investigated the case and it understands that Ms Mac Mathúna has not even had time to fully prepare her case….

“A Result That Is Different From The Original Finding By CervicalCheck”

32 thoughts on “A Taoiseach’s Promise”