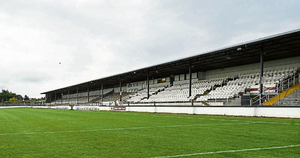 Kildare-Mayo set for Newbridge at 7pm on Saturday, RTÉ understands.

Kildare and the GAA have been locked in a stand-off since Monday afternoon when the Central Competitions Control Committee (CCCC) scheduled their round-three qualifier tie with Mayo as part of a double-header with Cavan and Tyrone at Headquarters [Croke Park].

Kildare insisted that the home advantage the draw provided them had been taken away without their consent and Lilywhites [Kildare] boss Cian O’Neill told RTÉ Sport Monday night that his players would not be anywhere but Newbridge on Saturday night.

So Kildare-Mayo, 7pm Saturday, Newbridge. All it took to come full circle was GAA breaking own rules, suggesting their customers are thugs, threatening entire county, ruining players’ preparation, and taking much good out of it.
Well done lads. Wages earned. Real insight. #GAA

Kildare-Mayo set for Newbridge at 7pm on Saturday (RTE)