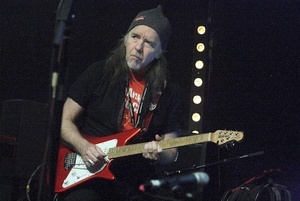 While you have been subjected to some serious Presidential downpours this week here on Broadsheet, I have absolutely no remorse in drenching you some more; and that is because I want everyone to take a longer look at Jimmy Smyth.

A few weeks ago on the Telly, I said “…you can allow yourself to be treated like a customer, or you can behave like a citizen….”

I was the very last person to expect that that spillage would harden last Thursday when we all met Jimmy Smyth and listened as he spoke about seeking a nomination as a Citizen Candidate for President of Ireland.

It was the first time the reference Citizen Candidate has actually been presented in front of me, and in a manner that has led to me taking a bigger interest in what has now become a race from one County Council to another, and between a growing field of potential candidates all looking for a nomination.

In my opinion we, as citizens, need to stop laughing, sneering and sniping at what this upcoming Presidential election has become, and especially now since we are actually having one.

Given the activism that has swelled into mass demonstrations in recent years, i.e. Water Protests and Referendum Landslides, it should have been no surprise that this election opened up like a car-boot sale.

But this new climate of citizen powered change gives us the opportunity now to change our political culture and our relationship with those in power.

However, the fact that only main party candidates, mostly former politicians themselves, have only held this office, should be a strong enough signal that we must continue to demonstrate and flaunt our own strength of numbers.

That is not an overstatement, a party candidate gives politicians enormous power regardless of the grand promises held in Article 13 above.

At this point I must admit I am very uncomfortable with the knowledge that Michael D had already reached out to selected Oireachtas members to get their endorsement and support before he even informed Us, those he swore to represent, and especially those who voted for him, that he had changed his mind about being a single-term President.

Therefore, it is now time to recognise the function from the vantage point of the Citizen and not from the politicians who control who is allowed enter the election at all.

A Citizen President will promise us that they will represent the people of Ireland independently of politicians and the main parties.

A Citizen President can only represent Us and help Us keep our politicians and government in check.

If a Citizen Candidate like Jimmy Smyth is put to the people to decide, they know they are guaranteed a Presidential hopeful that will be capable of being totally impartial and genuinely independent of government and political institutions.

A Presidential hopeful that is not beholden to any influence beyond a single Irish Citizen.

Even in the debates and on the canvas, Jimmy Smyth, your Citizen Candidate, will be the change from the politically contrived and motivated, professionally drafted narratives and responses we have all wilfully accepted as the norm in Irish election campaigns, when we shouldn’t.

This is about taking our political foundations and making them democratic and there for Us, and not just the elected few, who are most likely to be following a party whip directive, that will arbitrate the shortlist for our vote.

The bloody nerve since another 7 years of a main party former Politician or any other main party candidate would set this Country back when we really have come so far already.

So, what do I know about Jimmy; well far less than any of his fans, family and friends.  But I know he is the real deal.  I know he is free from political influence, and I know he is genuine about his reasons for seeking the nomination to run for President.

I know he is not a spoiler nor is he seeking career advancement to his next gig.  I know he is not an opportunist, and I know for sure he is motivated only by himself, and his desire to do right by the ideals of a Republic.

I also know that Jimmy has entered this squall of a nomination process all by himself; Jimmy Smyth did not need to be approached, convinced or groomed by others.

Jimmy Smyth, so far,  in my opinion, is the only Presidential hopeful coming before us without scores to settle, or business interests to enhance, or a reputation to polish.

The real point about my endorsing Jimmy Smyth is there has never been a better time for the Irish citizen to have a candidate for President, who in the very true sense of a Republic, is one of Us; and for me that opportunity is best exploited by having the chance to let Jimmy go into the campaign and let the voter decide.

So come join the campaign and let’s Rock the Áras.

Vanessa Foran will be on Broadsheet on the Telly tonight at 10pm. She is a principal at Recovery Partners. Follow Vanessa on Twitter: @vef_pip.

Previously: Taking An Axe To The Aras