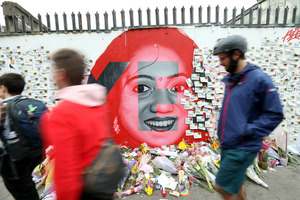 A mural of the late Savita Halappanavar by artist Aches on Richmond Street South, Dublin, at the time of the Eighth Amendment

Today’s Supreme Court decision refusing to hear a further appeal on challenging the outcome of the referendum on the Eighth Amendment means the legislation can now be signed into law, according to the Taoiseach.

Legislation to allow for abortion in certain circumstances is on track to be passed by the Oireachtas before Christmas, Leo Varadkar told the media on the final day of his party’s think-in in Galway.

He said the Government intends to have services in place “for Irish women who need them” in January.

36 thoughts on “In January”