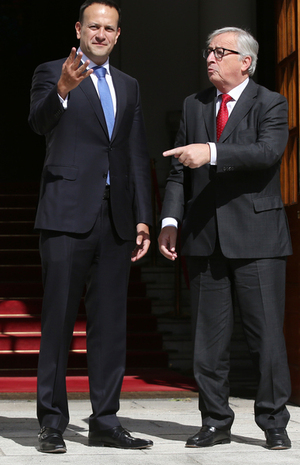 Just when we needed the EU to give us us a break during Brexit negotiations and the emergence of an Irexit party, its outgoing Commission President on the one hand says the EU will show loyalty to Ireland and on the other attacks our corporate tax rate.. With friends like this…

There could be two time zones on the island of Ireland from October 2019, under a proposal announced yesterday by the European Commission.

The proposal, announced by Commission President Jean-Claude Juncker in his State of the Union Address, would end the tradition of member states alternating between summertime and wintertime every year.

…However, Britain, which is due to leave the European Union on Friday 29 March 2019, would continue to change between Greenwich Mean Time and British Summer Time every year.