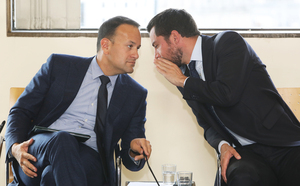 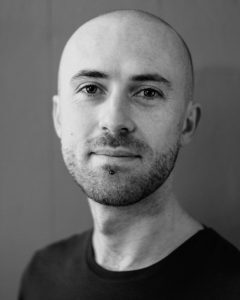 From top: Minister for Housing, planning and Local Government, Eoghan Murphy and Taoiseach Leo Varadkar at the launch of the establishment of the Land Development Agency last week; Dr Michael Byrne

With Sinn Féin submitting a motion of no confidence and widespread revulsion at the eviction of the Take Back the City occupation in Dublin 1, Minister for Housing Eoghan Murphy finds himself once again scrambling to defend the Government’s response to the homelessness crisis.

Under these circumstances one would assume the government would take every opportunity to stem the tide of homelessness.

One such opportunity is to address the danger posed by the huge number of Buy-to-Let properties in arrears. But as has been the case with each aspect of this housing crisis, the government seems bent on ignoring the issue until it is too late.

The eviction of tenants from the private rental sector is central to the homelessness crisis.

In response to last week’s news that the numbers in emergency accommodation had reached almost 10,000, Focus CEO Pat Dennigan pointed out that the main reason families are becoming homeless is because they are evicted from the private rental sector when the homes they are living in are sold or repossessed.

And if the summer is anything to go by, this problem is going to get considerably worse as Irish banks offload their non-performing Buy-to-Let mortgage books.

In May, AIB sold a €1.1 bn loan portfolio, which included Buy-to-Let mortgages. In July, Permanent TSB agreed the sale of 10,700 mortgages, of which approximately 3,300 were reported to be Buy-to-Let loans, to an affiliate of Lone Star Funds.

The push to off load non-performing Buy-to-Let loans is in part a response to direction from the Single Supervisory Mechanism, an ECB institution responsible for ensuring the ‘safeness and soundness of the European Banking System’.

The SSM want Irish banks to bring the proportion of NPLS down to approximately 5% (at the end of 2017 the NPL ratios was just under 14%). This is an important goal as high levels of NPLs make the Irish financial system vulnerable to future shocks.

However, with Irish lenders aiming to hit the 5% target over the next few years, it is clear that thousands of tenants will find the properties they call home in the hands of vulture funds.

This can only mean eviction, and the risk of homelessness.

When it comes to vulture funds, politicians have focused their attention for the most part on so called family homes being sold to international funds. This an important issue.

But Buy-to-Let properties are family homes too – it’s just that in this case the families in question are renters.

Moreover, the impact of homeowner mortgages being off loaded remains somewhat unclear. In the Buy-to-Let sector, however, repossession always means eviction.

What makes this a scandal, rather than simply cause for concern, is that many of these lenders are in part state owned and have received massive government support in recent years. PSTB is 75% state owned and AIB is 71%.

The state, in a sense, is creating the very problem it is struggling to contain.

The good news is that there are immediate solutions, although they require careful consideration.

In 2015 (even then it was obvious this was a disaster waiting to happen) I proposed a NAMA-type intervention focused on non-performing Buy-to-Let loans. This would acquire loans and use rental income to cover the costs, keeping tenants in their home.

Similarly, the Oireachtas Committee on Housing and Homelessness final report, published in 2016, recommended a ‘rent switch programme’ which would allow Housing Associations or Local Authorities to purchase rental properties from receivers or investors.

The same Committee also recommended the removal of ‘sale of property’ as grounds for terminating a tenancy, i.e. an eviction. Properties could still be sold, but without effecting the tenant.

Finally, a temporary moratorium on any evictions in the private rental sector could be introduced.

Some might say we should simply let the logic of the market play out, even if this means thousands of evictions, and that state intervention on this scale is unwarranted.

The reality, however, is that this is not the law of the market. Most of the institutions who are selling Buy-to-Let mortgages simply would not exist where it not for the largesse of the tax payer.

Central Bank data for the first quarter of 2018 tells us that there are currently 22,545 Buy-to-Let mortgages in arrears (19% of the total). During this period, 314 such properties had receivers appointed to them – that’s more than three every single day.

This scale of this problem should be of clear concern. But whatever your view on how this issue should be tackled, what is most damning of all is the fact that there is no plan whatsoever.

Dr. Michael Byrne is a lecturer at the School of Social Policy, Social Work and Social Justice, UCD and participates in the Dublin Tenants Association. 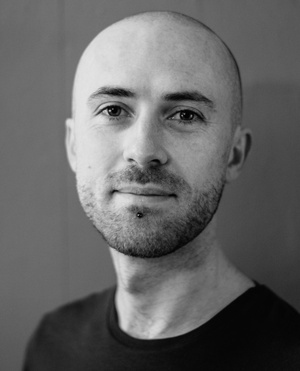 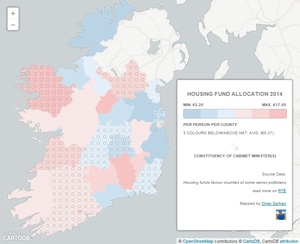 49 thoughts on “Prepare For Eviction”