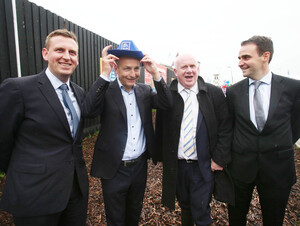 Earlier: And We’re Back

In a wide ranging interview, the leader of the opposition will chat with host Ryan Tubridy about his time leading Fianna Fáil, rebuilding the party in the past decade and his vision for the future.

He’ll be discussing the decision to support the current Fine Gael-led Government through a confidence and supply motion, how he thinks that has impacted on Fianna Fáil’s popularity with the electorate and how long more that agreement might last.

And we’ll be asking what he really thinks of Taoiseach Leo Varadkar and Sinn Féin president Mary Lou McDonald.

The Late Late Show on RTE One at 9.30pm tomorrow, Friday.

‘This Is About A Failure To Stand By Maurice McCabe’