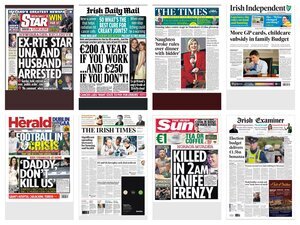 NewsBrands Ireland is an umbrella group which represents national newspapers, in print and online.

It released a statement this afternoon, following Minister for Finance Paschal Donohoe’s announcement that the Government is maintaining the 9% VAT rate for printed newspapers and cutting the VAT rate from 23% to 9% for the papers’  digital content.

NewsBrands Ireland had been lobbying the Government to reduce both the newspaper and digital VAT rate to 5%.

NewsBrands Ireland Chairman, Vincent Crowley said: “We welcome the Minister’s decision to maintain the 9% VAT rate for printed newspapers and also to cut the VAT rate to 9% for digital publications, which will reduce the cost of access to quality, independent Irish journalism for people who access their news online.

“Most European countries apply zero or super-reduced rates to newspapers in recognition of their core societal function. Hopefully today’s news is a step in the right direction and that next year’s budget will see further progress in this regard,” concluded Mr Crowley.

NewsBrands Ireland will continue its #JournalismMatters campaign to push for policy measures to support independent journalism and bring Ireland’s policies into line with our European counterparts.

Do You Take Tips?

Anything Substantive In De Papers?

10 thoughts on “Vat Is The Question”