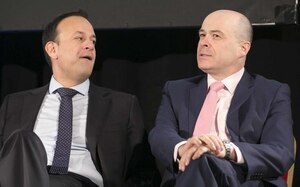 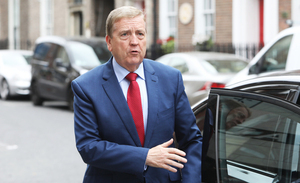 Taoiseach says he asked Denis Naughten to reflect on his position after hearing he had four private dinners with the head of the broadband bid pic.twitter.com/QZp4rxDZLH

Leo Varadkar : Denis Naughten told me about the additional meetings this morning

Denis Naughten : I told Leo Varadkar about the additional meetings when we spoke last night

Further to the resignation of the Minister for Communications. Denis Naughten…

Mr Varadkar said he was informed late last night by Mr Naughten of a private dinner he had attended at Mr McCourt’s home in 2017.

This dinner was organised by Minister for State Pat Breen, who was also at the dinner.

This morning, Mr Naughten told Mr Varadkar that he had had at least three further private dinners with Mr McCourt. No officials were present and no minutes of the meetings were taken.

Mr Varadkar also informed the Dáil that he had met Mr McCourt last March in the US at a public event but th ebroadband plan was not discussed.

Earlier: Picking Up The Tab

‘You Insult The People Of Tipperary’

We Don’t Have To Be Back