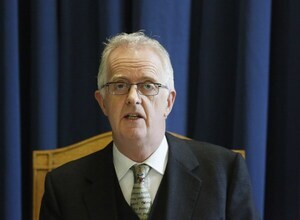 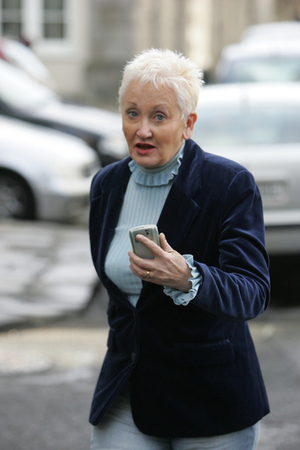 From top: Justice Peter Charleton ; PR boss Terry Prone, who, it emerged during the Disclosure tribunal, had been advising both Garda Commissioner Noirin O’Sullivan and Justice Minister Frances Fitzgerald

From the Disclosures Tribunal report.

One other matter is worthy of comment. A close reading of the chronology will indicate the extent to which a public controversy began to grow in florid form following on the deception of the media by the persons who leaked selected extracts from the O’Higgins Commission transcript.

This led to a flurry of emails, memoranda, communications at high level, drafts, counter drafts and final drafts about the Garda Commissioner’s approach to those who point out irregularities within our police force.

The tribunal is far from impressed by any of this.

It seems that our public life is now to be dominated by spin and that plain speaking is elided in favour of meaningless public relations speak.

This is a hideous development in Irish public life.

We have been brought to a situation where those who genuinely know their job are expected to put things in a form which no longer garners respect and which is far from the requirement of plain speaking.

It is frankly bizarre that when the Garda Commissioner is asked about her approach to a matter of serious public importance, she is not left alone to answer from her own mind.

But instead that comments and suggestions amounting to drafts of letters of several thousand words are whizzed over in her direction so that she can send the same thing back again.

The public are then expected to digest this as being her utterance.

The tribunal found this practice unworthy of our public service. It adds to the sense of public distrust in the key institutions of the State.

Public service is not about public relations.

Plain speaking by those who know what they are talking about is the only acceptable way to address the Irish people.”