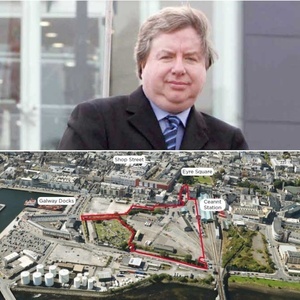 Are you able to explain how Galway developer Gerry Barrett was selected to develop the CIE site at Ceannt Station, a site of more than 8 acres in the centre of the city?

This is the same Gerry Barrett, NAMA alumnus, who last November was in the high court trying to stop a receiver being appointed to seven of his insolvent companies that owed Deutsche Bank almost 700 million euro.

How can this guy be given one of the biggest developments in the country when his existing companies seem unable to pay their debts? He even has a site that backs onto the CIE land. Nice and Handy!  If this is where failure gets you, why would anyone be bothered with success?

11 thoughts on “Ask A Broadsheet Reader”