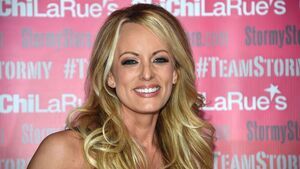 Stormy Daniels joins Ray to talk about her alleged affair with Donald Trump and the non-disclosure agreement that she signed in the run up to the 2016 US Presidential Election, as she publishes her tell-all book, Full Disclosure.

….Ray chats to Mark Little about ‘Fake News’, the US political landscape, and launching his new News App.

Ray meets 24-year-old Muhammad and 83-year-old Austin, two housemates who live together in East Wall in Dublin and are taking part in RTE One’s Home Rescue.

They tell Ray about moving in together, their unlikely friendship, and inter-railing together over the summer.

16 thoughts on “Staying In Tomorrow?”