So @dublinbusnews gave some routes to @GoAheadIreland today. The timetable is awful. Times are not on the RTI. The Leap Fare is 2.60 (should be 2.50) and from the looks of it, the drivers are unsure of the routes. #transport #ireland @Shane_RossTD why the outsourcing? pic.twitter.com/gINSrxWLSi

I am currently sitting on a 17A. The driver has taken the wrong route through Connelly Hospital, he has asked passengers if he is going the right way, it’s his first day he says. We are now in a car park.

You couldn’t make this up. @dublinbusnews Outsourced bus routes to @GoAheadIreland and the driver gets lost! We’ve been circling Connelly Hospital for ages now. The driver is asking passengers for directions. #transport #dublin #bus #ireland pic.twitter.com/re0ZQXWdAO

Fair play to the driver it’s his first day. If I were taking over a public service, I’d provide the driver with a map, a SatNav or GPS. Maybe do a few test runs of the route. Not really his fault I guess.
I’d also post notices and timetables at stops on affected routes. 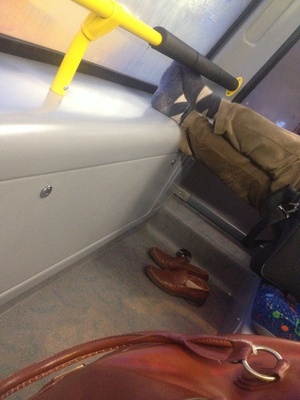 I Am The Bus Loafer Guy 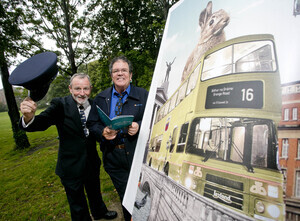 38 thoughts on “Ask A Broadsheet Reader”