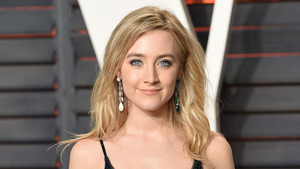 Fresh from presenting an award at the Golden Globes, Saoirse Ronan leads a star-studded line up on tomorrow night’s Late Late Show….

Actor John C. Reilly and comedian Steve Coogan will be chatting to Ryan about their new biopic, Stan and Ollie

We will be asking four of Ireland’s most successful young people about life in your twenties in Ireland today. Michael Conlan, the former Irish Olympic boxer who recently won the first title of his professional career; Barry Keoghan, the Irish actor who is one of two Irish people to make the BAFTA Rising Star shortlist; Ellen Coyne, a Senior Journalist at The Times Ireland and Rosie Connolly, one of Ireland’s leading fashion, beauty and lifestyle bloggers.