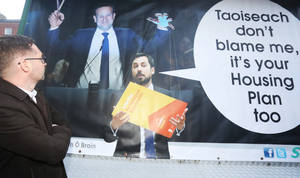 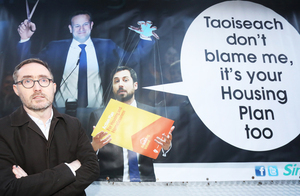 “Last year, when we tabled our motion of no confidence in [Housing] Minister Eoghan Murphy, we made it clear that both he and the Governments failing housing plan [Rebuilding ireland] had to go if there was to be any chance of tackling the housing crisis.

It now appears that the Taoiseach is concerned than his colleagues’ failures are reflecting badly on him. There are ever growing murmurings from Fine Gael backbenchers and cabinet sources that the Taoiseach’s relationship with Minister Murphy has soured and that the Minister for Housing is set to be moved.

Replacing Eoghan Murphy, but leaving Rebuilding Ireland in place, will change nothing. Rebuilding Ireland is as much Leo Varadkar’s housing plan as it is Minister Murphy’s. Its failures are as much, if not more so, the Taoiseach’s failings as that of his cabinet colleague.”

23 thoughts on “Cut The Strings”