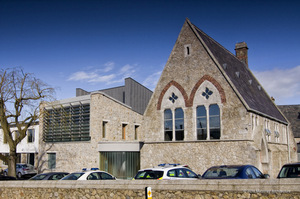 A sportsman has been questioned and released after being arrested in connection with an alleged sexual assault in Dublin last month.

He was arrested by appointment at Dundrum Garda station on Thursday night. Gardaí also took DNA samples from the man with his consent.

The alleged assault happened on the night of December 9th or early the next morning, when a complaint was made to gardaí. The woman has since made a formal statement to investigators, on foot of which the man was arrested.

Classic Parking (‘I’ll Come Out Your Side’ Edition)

THAT House In Dundrum

18 thoughts on “Meanwhile, In Dundrum”