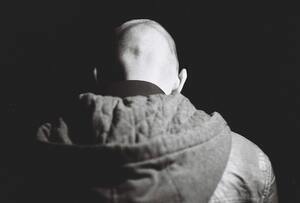 Want to help make a film?

‘Flicker’ is an upcoming short drama exploring the experiences of Danny, a young college-age Dubliner, whose life begins to unravel after becoming the victim of a violent assault.

‘Flicker’ dramatises the psychological after-effects of violence and the subtle pressures – both internal and external – that often stand in the way to recovery. The film will explore the internalised shame and stigma that often surrounds mental health issues among young Irish men. .

Flicker is currently raising funds (€3,000) for production via Indiegogo

The new short film will be written and directed by directing team, myself and Luke Daly , otherwise known as Luna. It’s produced by Aaron McEnaney, for Irish production company Bold Puppy, and shot by DoP Kevin Minogue. It will feature a number of Ireland’s most exciting up-and-coming young actors.

For Your Consideration: A Nightmare On Clare Street

For Your Consideration: Anna’s Anchor

4 thoughts on “For Your Consideration”