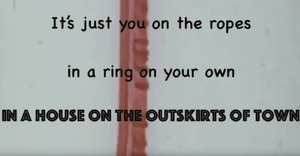 Ultan Conlon – In The Blink Of An Eye

A new single from Galwegian singer-songwriter Ultan ahead of his first Irish tour.

‘In the Blink of an Eye’ was written by Ultan over the Christmas holidays and produced in January in Sun Street Studios Tuam by John Douglas (Trashcan Sinatras) and Boo Hewerdine. The single was mixed in the US by six-time Grammy Award winning producer Vance Powell (Jack White, The White Stripes).

The result is a buoyant tune that belies the stoic nature of the lyrics and the underlying message that despite our individual troubles we all suffer and recover in essentially the same way.