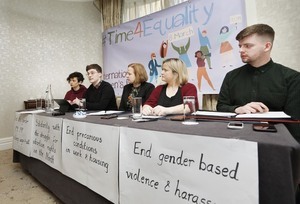 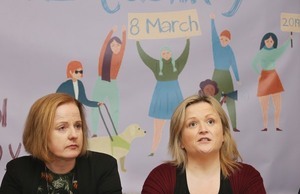 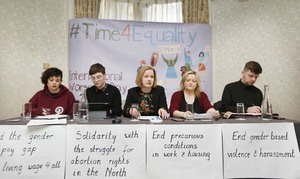 A meeting of trade and student unions calling for people to ‘take it to the streets’ on International Women’s Day, March 8, on the issue of the gender pay gap, sexual violence and the judicial system.

Leona O’Callaghan, who was raped when she was 13, told the meeting:

“Only a few months ago I stood in an Irish court where my abuser’s defence were permitted to indicate that I, as a child, had given a sign of consent because I did not physically fight back on those rapes.

The judge was asked to take this as a mitigating factor. A child cannot consent.

…The lack of moral compass in the legal, school, government and judicial systems does not represent the morality of our country.”

Women Against The Anglo Debt: The Video

17 thoughts on “Fighting Back”