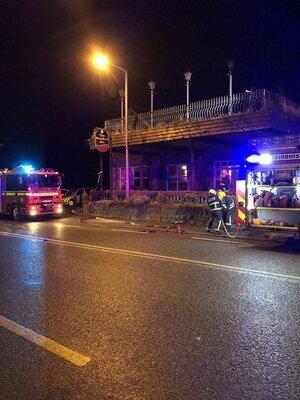 At the Shannon Key West Hotel in Co Leitrim.

Three fire brigade units responded to reports of a fire at the building which has been earmarked for a direct provision centre and which was the subject of a suspected arson attempt last month.

“…there is no visible signs of a blaze or smoke emerging from the building, and an investigation is under way.

Locals say a report was made that a non-identified object had been thrown on to the balcony on the first floor of the building, but this has not been confirmed by gardaí.

45 thoughts on “Meanwhile, In Rooskey”