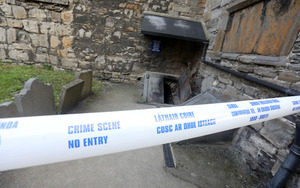 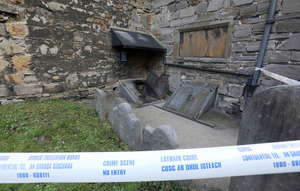 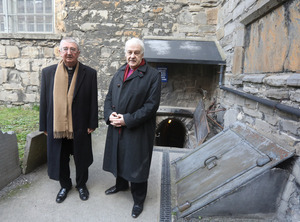 Church of Ireland and Roman Catholic Archbishops being brought into the crypt at St Michan’s Church, which was badly damaged after being vandalised last weekend. pic.twitter.com/1plFPrBo6I

Garda Supt Pat Leahy just went down the crypt w the two Archbishops. We’re expecting them to talk to reporters once they’re out. pic.twitter.com/EMs3sP6M4g

Anglican Archbishop of Dublin Michael Jackson (shamone!) and Catholic Archbishop of Dublin Diarmuid Martin along with Garda Supt Pat Leahy inspect damage to the church’s crypt and to The Crusader, an 800-year-old mummified corpse who had its head decapitated by vandals. 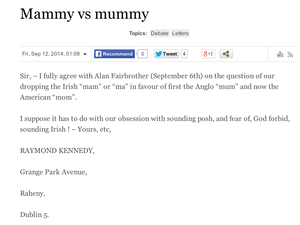 Tell Me Mom When I Get Home 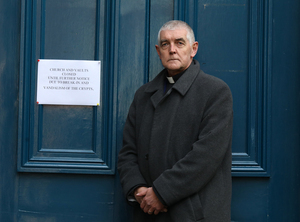