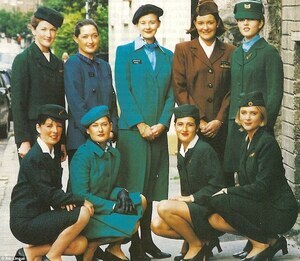 The company confirmed to The Times that up until now all its female staff had to wear make-up as part of their uniform. Aer Lingus said that new guidelines would not include mandatory use for the first time. Women working on board the Irish airline’s fleet will soon be allowed to wear trousers, instead of the previously obligatory skirts.

6 thoughts on “Painted From Memory”