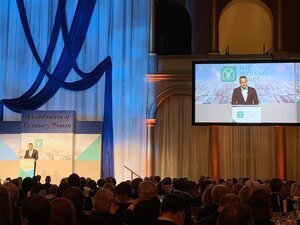 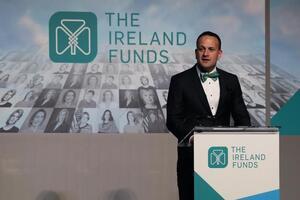 The Taoiseach said that an existing invite for President Trump and Vice President Mike Pence to visit Ireland still stands.

Mr Pence has been criticised in the past for his conservative views on LGBT rights, and last year there was much focus on his meeting with the Taoiseach. 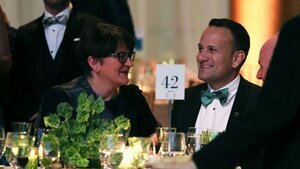 DUP leader Arlene Foster at the dinner with the Taoiseach.

Guests are welcomed to #IFDCGala by @cfottrell Interim President of @TheIrelandFunds as she tells of the hundreds of worthy Irish organizations supported by the work of The Ireland Funds. pic.twitter.com/aJ0mhG7uay

17 thoughts on “Funds And Games”