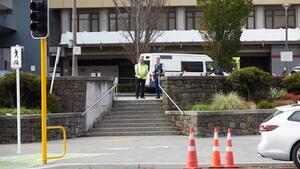 The attacks in the city of Christchurch, New Zealand were carried out when the mosques were crowded during Friday prayers

“We grieve, we are shocked, we’re appalled, we are outraged”

Forty people were killed and at least 20 suffered serious injuries in “terrorist” shootings targeting the mosques during Friday prayers in the city of Christchurch, Prime Minister Jacinda Ardern said.

Police say three men and a woman are in custody in connection with the attacks.

181 thoughts on “In Christchurch”